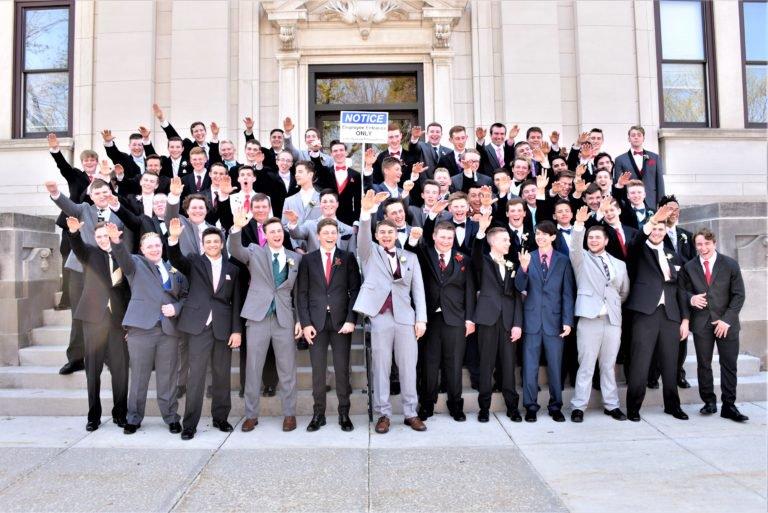 The group of high school boys giving what appears to be the Nazi salute might have intended it as a joke, but maybe not. However, the young men marching with Tiki torches in Charlottesville were not joking; they were true believers.

White supremacy, ethnic nationalism, and racial hatred have returned and seem to be almost respectable once again in Europe and America. As David Leonhardt wrote in a March 2018 New York Times op-ed, “Overt racism is on the upswing. White supremacists are hanging banners and spray-painting graffiti. Anti-Semitism has surged on social media.” He continues more hopefully, explaining that the majority of young people are opposed to racism.

Nevertheless, if the high school students above think it’s a joke and if some young people think Nazism is good, we as educators need to find as many different ways as possible to help the next generation understand the extraordinary evil of Nazism and everything it contains.

This is why I chose to endorse and to be a consultant to Courtroom 600: largely because of the young people in these photographs and many more that I have met in the United States and Europe. Neo-Nazis, alt-right, and white supremacists chant at counter protestors around the base of a Thomas Jefferson statue after marching through the University of Virginia campus with torches in Charlottesville, Va., USA on August 11, 2017. Samuel Corum/Anadolu Agency/Getty Images

When I look at this picture of young men at the 2017 Charlottesville Unite the Right Rally, I can only wonder how they do not know about the evils of Nazism.  Between 1933-1945, the Nazis murdered millions of people whom they believed to be racially inferior, but the calamities they inflicted on Aryans, those they thought to be racially superior, were just as overwhelming.

The German people were not innocent victims of the Nazis; however, they still suffered because of Nazi ideology. The war was not an accident; it was planned and implemented by the leaders of Nazi Germany, and when they lost it, the consequences to the German people were disastrous.   Nine million Germans died in the war compared with 550,000 French people.  Italy, the United Kingdom and the United States lost under a half million each.

The suffering of German women was extreme. They too paid for their support of a state that intended on stealing the lands of others and enslaving and murdering the people living on those lands.  The war was catastrophic for Germany and all of Europe. This is what those young people in the photos just don’t understand.

They were not taught about the war in depth.  They did not see the pictures of boys and young men, looking very much like themselves, being marched out of Stalingrad to starve or freeze to death in captivity.  No one showed them what Hitler brought upon the German people.  They did not see the evidence and or learn the lessons of the Nuremberg Trials. Had they done so, they might have known that Nazi Germany was not a joke, and that the German people were among Hitler’s greatest victims.  Somehow, they missed one of life’s great truths: when you do great evil to others, it usually comes back to you.

Had those Baraboo, Wisconsin students been Aryan boys their age throwing up that salute in a 1939 German classroom, and had the young men marching at Charlottesville been marching in Nuremberg rallies in the 1930s, at least half of them would be dead by 1945— and they would have died in horrific ways.

Teaching the Nuremberg War Crimes Trials is not new to me.  I taught a class on Nazi Germany that simulated the Nuremberg Tribunals as a final examination.  But in one way or another, all of my classes contained a focus on morals and ethics: How should we treat one another?  Even when I taught the overviews of American, European, or Contemporary Middle East history, I wanted my students to wrestle with their values.  I taught the history of Nazi Germany and the Nuremberg War Crimes Trials for over forty years, but my audience was limited. The world has changed dramatically, and the truths learned at those trials still need to be taught and to a much larger group of students.

This is why I believe that we need projects like the Courtroom 600 learning project.

From the Courtroom 600 Photo Analysis Pilot website, featuring over 300 images, documents, and artifacts.

Courtroom 600 will provide educators with access to primary source photographs, documents, and artifacts from the Nuremberg trials, presenting them in context with people and events using storytelling as a teaching method.

While the project is being funded and developed, the Courtroom 600 Pilot Website can allow teachers and students the chance to analyze primary source photos now. More than that, it allows students to do their own research, following their own interests and concerns. Using the pilot site, even middle school teachers have the ability to assign high school level research assignments.

The Lessons of Nuremberg are Relevant Today

Examples of extraordinary evil, racism, genocide, sexism, and kleptocracy are written in every chapter of every history text but nowhere is it clearer than in Nazi Germany.  The behaviors of the Nazis should provide all of us with a clear example of the worst of human behaviors, and they should provide a touchstone as to how to govern and to be governed.

Nazi Germany was so deeply and utterly malicious that it provides the world with a baseline for moral reflection.  It was a state that was based on the belief of the inequality of mankind and that it was the obligation of the superior race to steal the lands of the “inferiors” and murder them.  Consequently, we need to examine the Third Reich deeply and seriously, because if we study their depravities, we may be able to avoid making similar mistakes.  There are basic moral guidelines disdained by Nazi ideology that we must consider as essential.

By examining the consequences of the actions of the Third Reich, students should know that the following are wrong: US Chief Prosecutor Robert H. Jackson reads his opening statement to the International Military Tribunal on November 21, 1945 in Courtroom 600, Nuremberg.

As Justice Jackson, the U.S. Chief Prosecutor at Nuremberg, said of the defendants in his Opening Statement before the International Military Tribunal, “What makes this inquest significant is that these prisoners represent sinister influences that will lurk in the world long after their bodies have returned to dust. We will show them to be living symbols of racial hatreds, of terrorism and violence, and of the arrogance and cruelty of power. They are symbols of fierce nationalisms and of militarism, of intrigue and war-making which have embroiled Europe generation after generation, crushing its manhood, destroying its homes, and impoverishing its life. They have so identified themselves with the philosophies they conceived and with the forces they directed that any tenderness to them is a victory and an encouragement to all the evils which are attached to their names.”

The Nuremberg trials provide, as Justice Jackson stated in his opening, “the documentary evidence” of the racial hatred, genocide, aggressive war, and rabid ethnic nationalism that we see reborn today.  That is why we need to bring the trials up from the footnotes of our history texts and curricula and make them a focus of our classes.

Granted, racial and eugenic language is somewhat different today than in the past, but an underlying issue remains the same:  the primeval belief that our tribe is good and right while other tribes are evil; or, if not evil—at least worthy of suspicion and fear.  That is what the young men marching in Charlottesville meant when they shouted, “The Jews will not replace us.”  Perhaps some of those marchers would have thought twice about doing so if they would have studied Nuremberg in depth.  Learning who the Nazi leaders really were might have dissuaded some of those young men from carrying Tiki torches; as none of the men on trial were worthy of emulation.

Hermann Goering, the highest ranking official to be tried, started his Nuremberg cross-examination strutting, but was sweating and squirming by the end.  It is difficult to imagine any teenager looking at Goering, a bloated morphine addict, and saying, “That’s my role model.”

The rabid anti-Semite propagandist Julius Streicher was detested by his fellow Nazis at Nuremberg, and in the course of the trial, was shown to be a sadistic pedophile. (L) Hermann Goering with Julius Streicher, and (R) after his surrender to the US Army May 8, 1945 in Augsburg, Germany. Source: Alamy Stock Photo

Studying the cases of Hitler’s henchmen and learning about their behavior before and during the trials, should influence most people to turn away from lure of neo-Nazi websites.

We should be looking to add a focus on the perpetrators without taking away from our study of the intended victims of Nazism.  The suffering of the Jews and other victims of Nazism need to be stressed, and Courtroom 600 facilitates that study; however, in a time when the Alternative für Deutschland won nearly 13% of the vote in Germany, we need to explain that Hitler and the Nazis did not do good things for Germany.

Far too many teenagers and young adults only know the Nazis as guys who wore cool uniforms and got to march in parades.  They need to know better, and as educators, we need to utilize all the tools available to teach them.

WINE AND WAR: OUR VIRTUAL BENEFIT 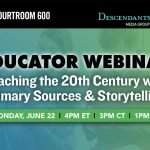 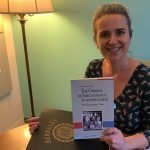 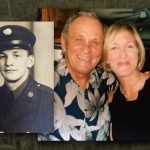 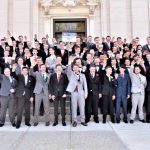